cancel confirm NSFW Votes: (0 votes)
Are you the publisher? Claim or contact us about this channel.
0
Showing article 3659 of 5330 in channel 6648071
Channel Details:
Viewing all articles
Browse latest Browse all 5330
0
0
Weekly Roundup: Adobe Project Felix, Death of Slack? and more.

We all had a long week of work, school and maybe vacation (some of us) and after spending some time relaxing with family, friends; we'll mostly spend be ready to tackle a new week. Before you do, it's time for the Weekly Roundup where we curated our some of the interesting things that happened on the Web either it is news, a new tool to try, a cool video and some sites inspiration that caught on attention. We'll also include some Abduzeedo articles from the past week just in case that you've missed them. Time to sit back, see what you've missed and gear up for the next one.

If you do have any suggestions, send us an email or via Twitter @AoiroStudio

Samsung is in shambles as it recalls 2.8 million glitchy washing machines via TheNextWeb

Turn your table into an Augmented Reality playground

QBC dance studio is a branding and UI/UX design project designed by Alexander Shmelev. The project was published quite a few months ago but I decided to feature it because more and more I see projects sharing the same visual language. The usage of vertical text, the presence of a grid but with the elements breaking a bit the uniformity of the composition are just a few things that make this design interesting. Of course there's the beautiful imagery. I don't know how well it works but the visual design of the static mocks look quite inspiring.

It’s because we are featuring a designer (Aron Fay) from Pentagram that redesigned the classic composition notebook. After some research, this new design is more than just a simple redesign, it is the launch of Comp challenges the premium brands like Moleskine and Baron Fig. Available today for pre-order on Kickstarter, Comp is coming for the long run. Give it a look and support their Kickstarter!

Last month Abduzeedo was invited to be part of the launch of a new car company called LYNK & CO. The event took place in Berlin and our chief editor Francois Hoang traveled to Germany to cover the event. While in Berlin, Francois took the time to explore the city, and his passion of photography. He captured some incredible photos of two libraries there. You probably saw one of his photos as the Wallpaper of the Week, but we would love to share more with you.

On that note, we’ll love to share this strong and solid ad campaign for the Sick Kids Foundation. Take the time to watch that video, it’s a very powerful message to share. This campaign was made possible with the mightly folks from Cossette and to me it’s one of the best ad campaigns I’ve seen this year. Hope you will enjoy!

In Love with Japan - Illustrations

We would like to feature the work from Johana Kroftová and her series entitled: In Love with Japan. She’s a junior Art Direction/Designer based in Prague, Czech Republic; recently coming back from a trip to Japan. She visited Japanese cities like: Okinawa, Tokyo and Nara; Johana has created a series of minimalistic illustrations after being inspired of the places she has been. Hope you will enjoy!

Let’s take a look at the stunning work from Milk Work who is a senior designer/art director living in the Bay of San Francisco, USA. He worked on an interaction design, UI/UX for Fran Silvestre Arquitectos site and it’s gorgeous. It’s a bold move to go with a graphic design/print mindset for the web, it must have been quite a challenge for the developers. But it is quite beautiful to look at and I must imagine that the interactions must have reflected the concept.

Inside the NYC Squarespace HQ

Located in the is in the historic building formerly known as the Maltz Building, which was constructed in 1926. This new space honors Squarespace’s clean and minimalistic aesthetic. As I quote:”Now, decades later, we're now proudly carrying the torch with our goal of allowing more people to express their ideas freely on the web.”. Give it a look, it’s quite beautiful and can’t stop appreciating the atmosphere.

Living in a city where there’s a big underground system, I’ve always been fascinated with everything around it. The neon lights, the tunnels and just the works. Also being getting more serious with my photography for its architecture, reflections and basically what was the idea/concept coming from the architect. I guess I’ll have to make time to travel the world and explore those underground systems. It’s a way of transportation and affordable even if you’re rich or poor which makes it even more interesting.

Happening Today: ‘Pie’d for Poverty’ fundraiser to allow donors to huck a pie... Mariusz Wilczynski – Kill It and Leave This Town (2020)

OPT8241-CDK-EVM: Shifts in depth after switching to single modution freqency

Murder in the Family: Anne V. Trovato killed her mother, Patricia Mery, in a... GPGT Si ginna in trouble after tagging another girl on facebook

Monsters Among Us: Roger Eugene Fain Jr. killed 3 women, sentenced to life in...

Where Are They Now: MTV’s Fat Camp 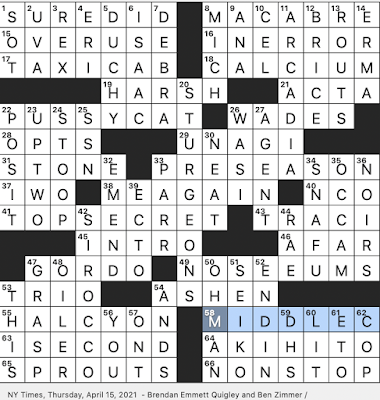 rabblerauser: ain’t no rest for the wicked… aaaaand done...

GrantCardone - How to Create Multiple Flows of Income Training

Breaking News! (Passive Voice in Use)

To Prepare a Sample of Acetanilide from Aniline

Reviewed: New Logo and Identity for the City of Amsterdam by edenspiekermann and Thonik